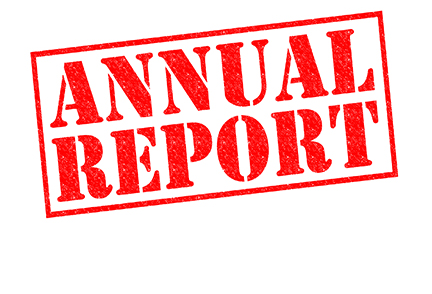 Once again, Raw Skills has been a thriving and happy club during the 2016 – 2017 season.
Our membership topped 200, in seventeen teams aged 8 to 15. We had a large intake at
our entry level (under 8). Many of our old boys are now playing for local adult teams
including Oxted & District, Lingfield and Whyteleafe, whilst a couple are now in professional
club academies.

We’ve always stressed that our primary objective is to give as many young people as
possible the chance to play the wonderful game of football on a regular basis, in an
environment that is enjoyable, supportive and nurturing and yet also demanding and
challenging. Sometimes we are able to celebrate the winning of a few trophies, other years
it is more about the taking part. 2016/2017 fell into the latter category – but we were very
pleased to be able to congratulate the under 12 Athletic squad on winning the Crowborough
League Division A Sportsmanship Award and the under 11 City team for coming top of their
Autumn Development Group.

The Miles Warner Memorial Cup was won by Freddie Hayward, from the under 9 age group.
Always a committed and enthusiastic member of the club, Freddie suffered a bad head
injury at school early in the season, which left him unable to play football – or do much else
– for over two months. As soon as he was well enough, he was back on the touchline
supporting his team mates, and by the end of the season he was back in action, sporting a
natty Petr Cech-style skullcap and even winning man of the match on one occasion. His
determination to get back to playing the game he loves made him a worthy winner of the
award.

I presented the Chairman’s Award to Glen Allgood. Glen has been coaching Saints from
when they came into the club through to the under 14 level and only stood down because
his son Mack decided to pursue other sporting activities. Glen is very popular with the boys,
an excellent and knowledgeable coach and a great role model for the squad he has
managed. We thank him for all his years of service to Raw Skills Football Club.
The Miles Warner Memorial five-a-side was contested, as competitively as ever, at Oxted
School at the end of June. For the second time in five years, the OAFs, led by Miles’s son
Cam, were the worthy winners on another memorable day.

Sponsors
Thank you to our corporate sponsors – Morgan Law, Underwoods Solicitors and Artemis
Investment Management. We greatly appreciate your support. We are actively looking for
sponsors for other age groups and anybody interested should contact me.
Management of the Club
Once again I will stress that we are a club whose continued success depends entirely on the
willingness of those people who put in the hours to make everything run smoothly. In
addition to the team managers and coaches, who are listed later in this report, we are
hugely reliant on and grateful to the Committee for all the work they do. The membership
of the Committee is currently:
Chairman – Tim Connolly
Secretary – Martin Harris
Treasurer – Sharmaine Hall
Child Protection Officer – Ben Curson
Charter Development – Richard Harding
Mini-Soccer & Website – Gareth Currie
Social Secretary – Sarah Endersby
Kit – Ruth Lyons.

There have been a couple of changes to the committee over the past year or so. Mark
Thompson stood down as Club Secretary, bringing to an end a long association with the club
going right back to its formation in 2005, when his son Luke was in the very first Raw Skills
team and Mark was one of the coaches. We thank Mark for everything he has done for the
club including, of course, his flawless organisation of the annual Miles Warner five-a-side
tournament. Mark’s replacement is Martin Harris, who took over at the beginning of the
summer in time to administer the mammoth job of organising the new season’s
registrations – a true baptism of fire. Martin was already involved in improving the club’s
technology and has continued in this vein since taking on his new role. Gareth Currie took
over from Bill Naylor as Mini Soccer representative and, having also taken on the
Webmaster role, is leading the redesign of the club’s website and social media presence. I
am not sure that I can say he is bringing the club into the 21st century when we were only
founded in 2005, but the changes being made will be a major modernisation and
improvement.

We also created a new committee role this season, Social Secretary, which has been filled to
great effect by Sarah Endersby. Amongst her contributions Sarah is organising the first Raw
Skills FC Dinner Dance, which takes place at Westerham Golf Club on Saturday 11
November. Tickets are selling quickly so, if you haven’t booked your places do so now!
The next planned committee change is that I will be standing down as Chairman at the end
of the 2017 – 2018 season. By that time I will have been in the role for over six years. My
sons both finished playing for Raw Skills at the end of the 2015 – 2016 season, and it will be
time to hand over to somebody who is more closely involved in the club’s current activities
than I can possibly be. The search for my successor is now on, and I would love to chat to
anybody who (without obligation) would be interested in finding out more about the role.