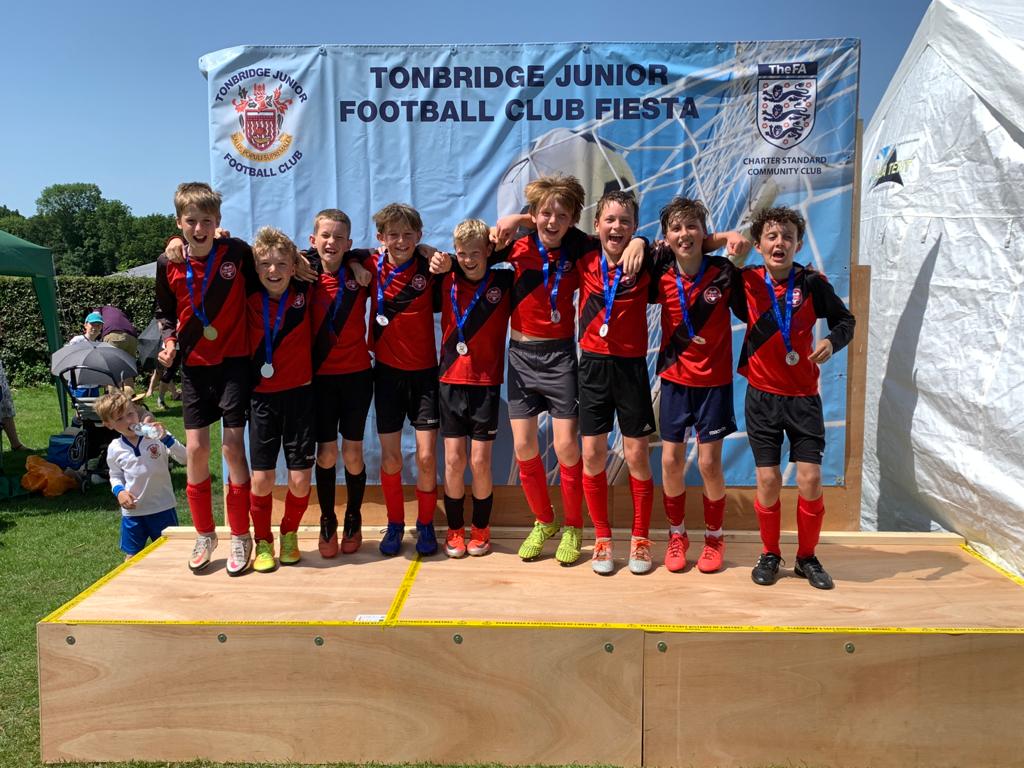 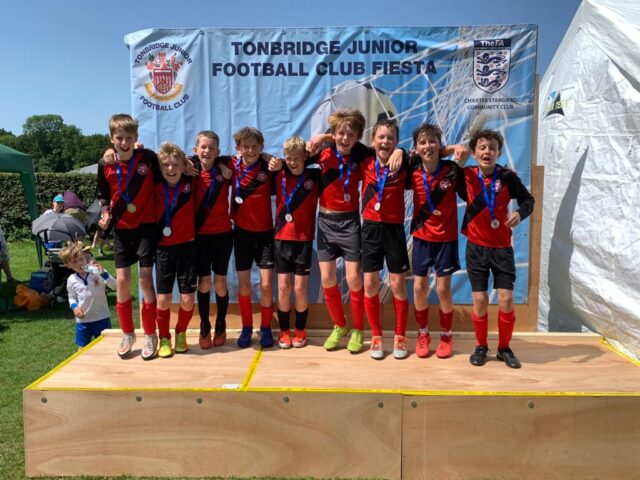 Saturday 17th saw the welcome return of the annual Tonbridge Junior Football Fiesta at the Racecourse Ground and Raw Skills FC won the U11 6 a side tournament. Having drawn the first and lost the second matches, the team thought it was an early journey home but they rallied, despite the searing heat and then won the last 4 group games, quarter final, semi final and then final against Rusthall beating them 1-0 on a golden goal in the second minute of a 5 minute extra time period! Huge effort from all the 9 boys involved and congratulations to the boys, parents and managers involved. Roll on next season ! 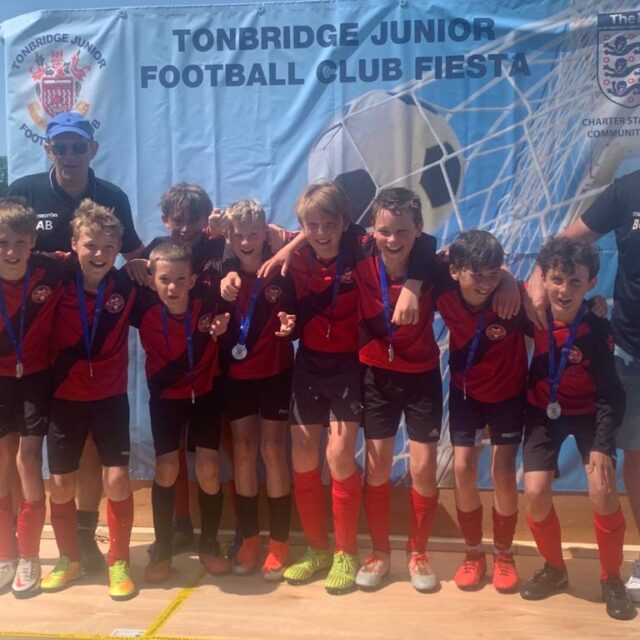 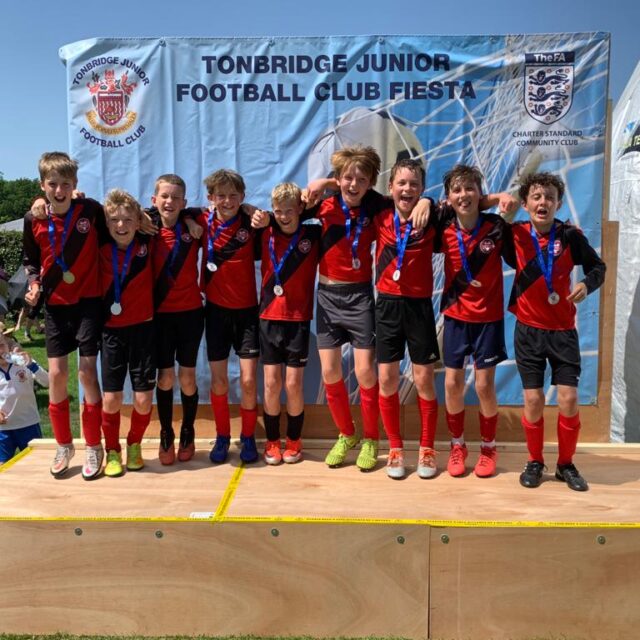