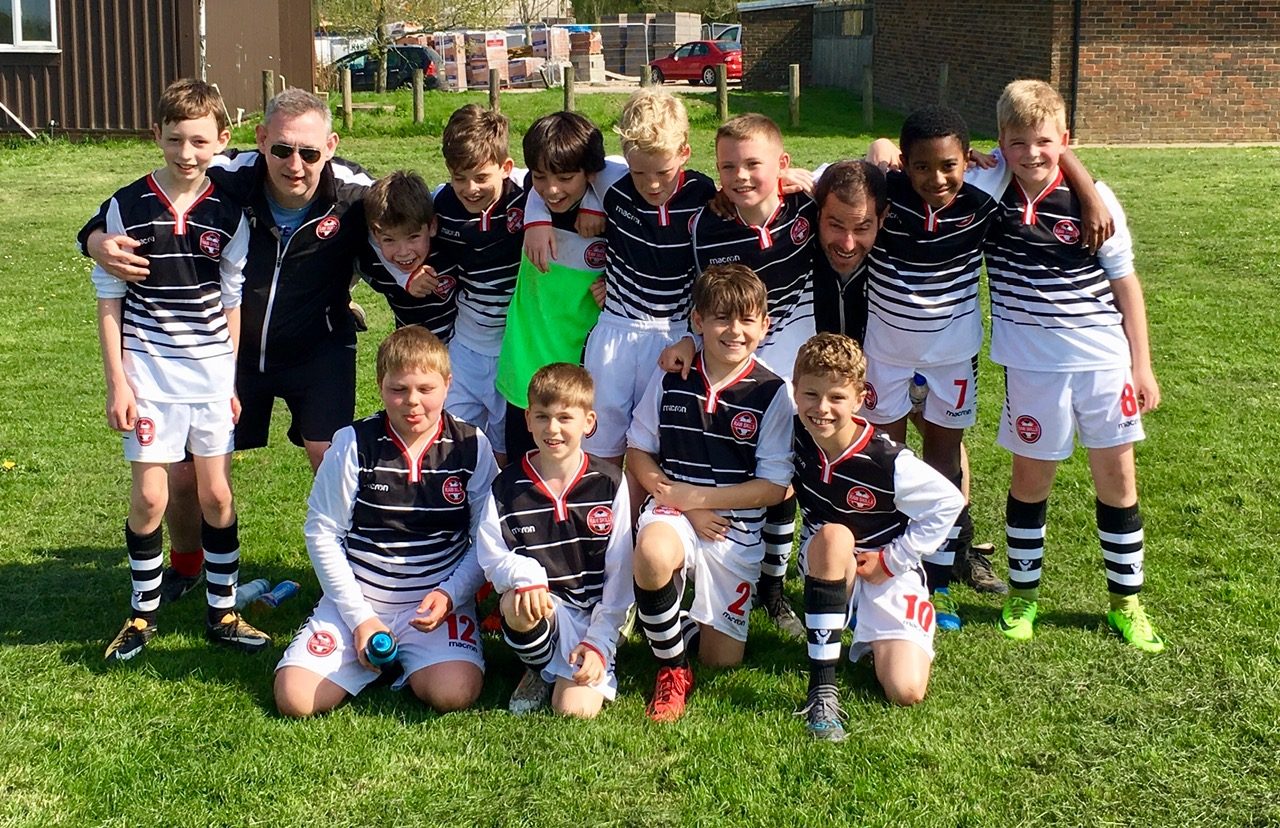 Raw Skills Palace played 5 games in the second half of the spring term and had won 4 games going into the final match against Broad Oak & Horam Tigers. At the final whistle they had lost 3-0, but after a team hug and some consolatory words by the coaches the team began jumping around in a buoyant mood as they knew they had enjoyed themselves and played their best; this was good timing as a final team photograph was taken, with smiles!

After the game, ‘the Lion’, (you know who you are!), asked me, “Can we still win the league?”, I replied “Broad Oak have 2 more games to play so if they lose, we might be in with a chance”.

The Results Came in!

Two weeks later, I received an email from the Crowborough League congratulating us for winning the league. What a surprise! The parents were all complimentary as the email replies came firing back to me after receiving the good news.

The most resilient game we saw the boys play in was against Tonbridge Junior Lions in mid-March when the sleet was virtually horizontal blowing into their faces. We went a goal up in the first half and the game should have been stopped with the adverse weather, however, the referee continued the game and the opposition certainly did not want to concede the game. It ended 1-0 with the boys absolutely frozen in-pain, but inside they were glowing!

Well done to all the players, coaches and parents!